50 million people worldwide are affected by epilepsy according to WHO/OMS official figures. There are many different causes for epilepsy including genetic disposition, head trauma or brain tumour. For some, the cause is unknown.

Epilepsy affects almost every aspect in the life of the person diagnosed with the disease. For many people living with epilepsy, the stigma attached to the disease is more difficult to deal with than the disease itself.

To raise awareness and to raise vital funds for epilepsy organisations across the world, the International Bureau for Epilepsy (IBE) is asking people to join together to walk 50 million steps in the lead up to International Epilepsy Day – one for each person in the world who has epilepsy – as part of the ‘50 Million Steps for Epilepsy’ challenge.

“The 50 Million Steps for Epilepsy campaign is an opportunity for people around the world to raise awareness of the impact of epilepsy and raise vital funds for the organisations that support them. We’ll need at least 500 people to walk 20,000 steps each week during the campaign if we’re to be successful, so we hope everyone will get involved!” said Martin Brodie, IBE President.

International Epilepsy Day takes place annually on the second Monday of February. In 2021 it will happen on Monday, 8 February. Participants’ steps will be counted between Monday, January 4 and Monday February 8, during which time they can be added to a counter at 50MillionSteps.org.

People are encouraged to share their progress on social media using the hashtag #50MillionSteps. By doing so they will be in with a chance to win a prize of $250, with prizes being awarded to silliest steps, cutest pet steps, best baby steps and best dance steps!

You can find out more about the challenge, and download resources including posters and social media graphics, at the website – 50millionsteps.org 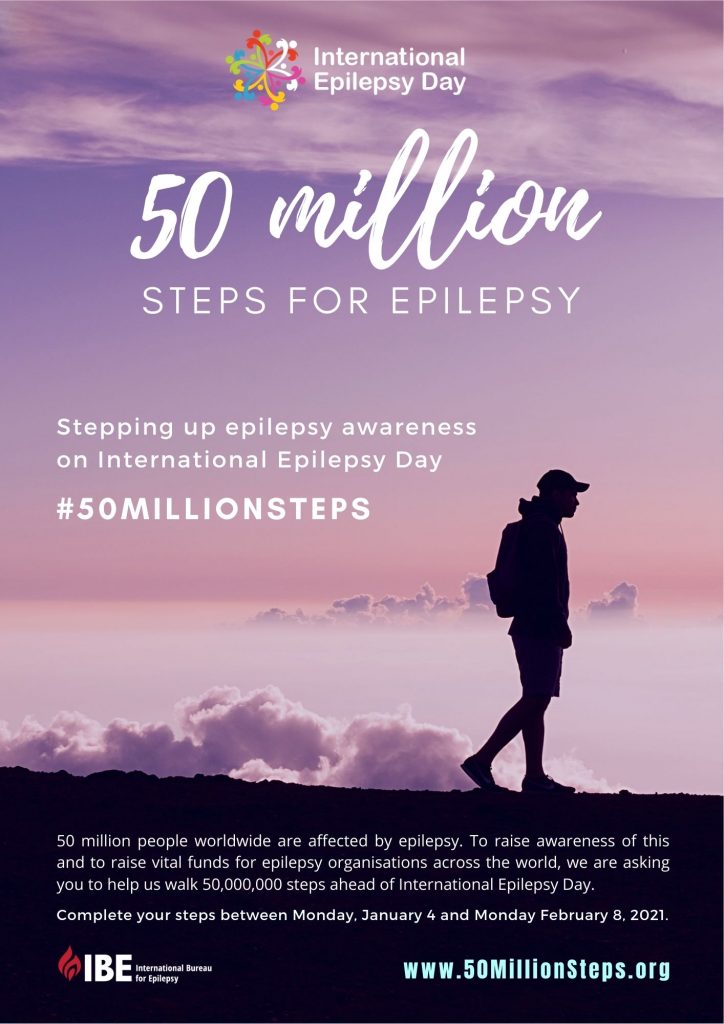