REPORT ON THE CELEBRATION OF INTERNATIONAL EPILEPSY DAY IN CAMEROON 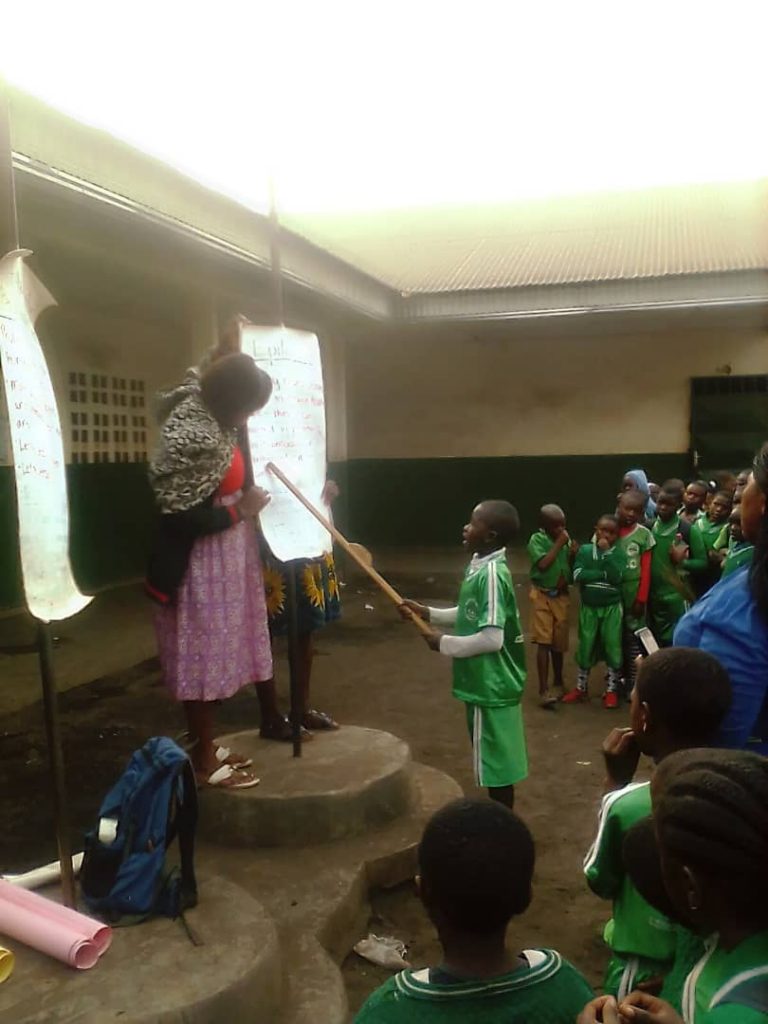 International Epilepsy Day in Cameroon was celebrated on the 17th of February 2020. This was contrary to the usual second Monday of February earmarked by IBE for the International Epilepsy Day celebration which was to be on 10th February 2020 in Cameroon.  Unfortunately, that day in Cameroon fell on the day just before our National Youth day, so CODEF postponed the activities planned for this day to the 17th February. The main reason for changing the day was because the planned activities for IED 2020 were to be carried out in primary schools.

Awareness was raised among 300 pupils in CBCBPNS Foumbot and 500 pupils in ESBPNS Foumbot of what epilepsy is, its causes, what to do when someone has seizures, and on the ways of preventing epilepsy. Therefore, a total of about 800 school children learned about epilepsy. Emphasis was placed on the none-stigmatisation and discrimination of persons with epilepsy (PWE) in schools and in communities.

The school children and some teachers were so interested that their Head Teacher – Mrs. Ngong Charity had to request the CODEF staff to come on a second day for further education and for questions and answers from school children and some teachers! Therefore the education and awareness-raising was carried out in CBCBPNS Foumbot for two consecutive days (17th – 18th) February 2020. Some school children were excited to go and read the information about epilepsy written on the charts or cardboard papers from CODEF. Some pupils were able to explain to their mates in school that they call PWE in pidgin English as “people were they di fall” and that in their dialect just the phrases or words are stigmatising.

Other school children asked questions like why is it not advisable to put anything in the mouth of someone when he/she is having the fits or seizures and would bite their teeth. Despite being told that putting anything into their mouths will only wound the person’s mouth more, it was not enough to convince them and their teachers. They posed worries like  could the person bite and cut his tongue partially or completely – adding to the already existing problems of the person with epilepsy and that of his family struggling to treat them. Other children and teachers ask why it is necessary to record time when someone has seizures? We explained that it will help the doctor to know the time and the frequency of seizures.  What do you do if someone has a seizure and falls in fire? Move the person from fire and ensure they are safe. 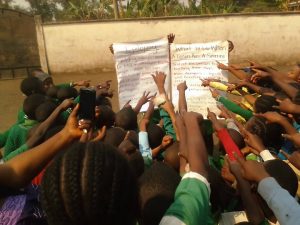 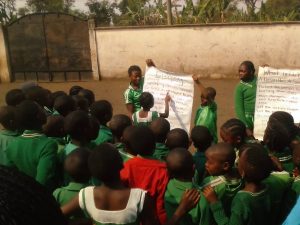 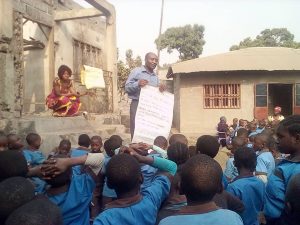