Torie shares her story for #EpilepsyDay

12th February is International Epilepsy Day. What does that mean you might ask? Well, to me it’s a clear opportunity for all those affected by – and indeed so far not affected by – epilepsy; to learn about the condition. To chat and educate regarding overactive brains!

So many people, including many of those already affected by epilepsy just don’t realise how common the condition is. The fact that between 1 in 100 to 1 in 103 people (depending upon from where you source the figures) have epilepsy, is staggering to most. Say that it’s 1 in 100, aka 1% of the human population: that equates to 74 MILLION people worldwide. That’s greater than the population of the UK.

I spoke to a chap a few weeks ago, who told me that in the whole of his 70+ years, in which he was well-traveled and educated, he’d never met anybody with epilepsy. This saddened me because what it really meant, was that not one, out of all of the thousands of people that he’d met all over the world in his lifetime had been open about their epilepsy. Imagine the loneliness and shame felt by many. Things are better today than they were 70 years ago, but we still have a way to go.

I didn’t need further encouragement, but it’s coming across people like this man which do nonetheless encourage me to continue speaking about epilepsy publicly.

I last had a tonic-clonic seizure (one of the 40+ types of epileptic seizure) back in November 2017, upon return from a 6day business trip to Australia. Many are surprised when they hear the “business trip” part – for surely somebody with epilepsy couldn’t be in a position which requires an international business trip, right?! I’d actually been on Noongar Radio 100.9fm talking for 2 hours about epilepsy and meeting with Epilepsy Western Australia too! How ironic the story becomes…

It had been a productive and exciting trip but also exhausting and due to jet-lag, I hadn’t gotten enough sleep. This, of course, was a perfect recipe for a seizure…

The auras prior to the tonic-clonic were awful. I laid on the bed, trying to chill, but feeling scared. Then, there was: “nothing”.

I “awoke” from the tonic-clonic seizure lying on the en-suite floor feeling: “off my face”, exhausted and very upset. I also had a very sore nose (I don’t know how I bashed it) and carpet burns (I have no recollection of how I got from the bed in the bedroom, across the carpet floor, and then into the en-suite). Anyway, I hadn’t had a tonic-clonic for 2.5 years and so I was gutted. I was whacked for days afterward and my nose didn’t recover from the bashing it received until this month (Feb 2018). 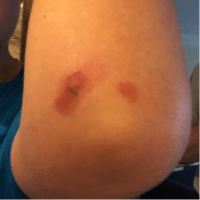 I’m stubborn, so the day after the seizure I was on my way to a meeting in London and the day that, on my way to lecture at a London university:

But, I was also sleeping a LOT! I had a few auras in the week following as well until my brain “calmed down”. 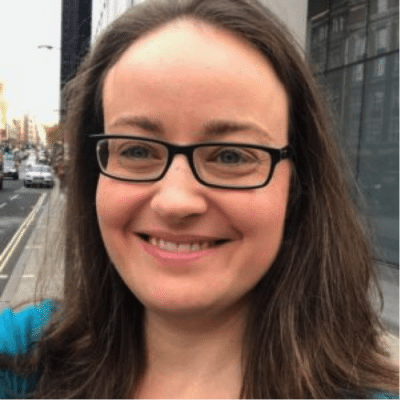 Comparing epilepsy to mental health difficulties I feel to be rather apt because although epilepsy is neurological rather than psychiatric, many people with the condition suffer from similar societal discrimination. Both neurological and psychiatric issues are “stuff” going on in the brain and uneducated people often fail to see past hair, skin, and bone.

As a society, we are improving in recognising the neurological condition epilepsy for what it is: a complex illness. Many of us are involved in research to enable our Neurologists and Epileptologists to better understand and treat epilepsy. There are many events taking place globally regarding the condition (e.g. 4th International Conference on Epilepsy & Treatment in Zurich, which I’m speaking at!), but we all need to help share the further understanding and treatment options with the general public. We must not tolerate the continuing unfair discrimination still faced by many.

Epilepsy isn’t catching. It doesn’t make somebody possessed or evil. Taking lots of drugs daily and being tired as a result doesn’t make someone lazy. Epilepsy doesn’t define a person with the diagnosis. It’s something for us all to challenge each day, together.