Tony Coelho, of Portuguese ancestry, is a former United States Democrat congressman and the primary author and sponsor of the Americans with Disabilities Act.

Born in 1942, his first career choice was the priesthood. However, a compulsory medical exam showed that he had epilepsy, caused by an accident on his parents’ farm when he was a teenager. Because of canon law, he was unable to become a priest. Once the diagnosis was reported to the state, Coelho lost both his driver’s licence and his health insurance. 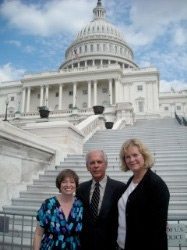 Still wanting a career of service, he then looked to politics. In 1978 he was elected to the US House of Representatives and served six terms. He retired from politics in May 1989.

He participates annually at New York Law School for its Tony Coelho Lecture in Disability Employment Law & Policy. He also serves on the National Board of Directors of Epilepsy Foundation of America.