The Iraqi heat made me epileptic: Kenyan who worked in Basra narrates

I was not born epileptic. I got my first seizures in 2011 while in Basra, an oil port in southern Iraq. I was working in Basra as a baker.

Initially, I did not take the seizures seriously. I ignored them for three months, thinking they would just go away. My roommate, a Ugandan, told me, “This thing must be epilepsy”. We do not have a history of epilepsy in our family, so I thought he was stretching it too far. 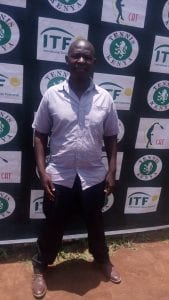 When I came back to Kenya for vacation in 2012, I went to see a neurologist, who did a magnetic resonance imaging (MRI) scan.
That is when the neurologist confirmed my worst fear: I had epilepsy. The doctor said my seizures were triggered by the heat in Basra coupled with the stress from working in a war zone.

This was the biggest shock of my life. Nothing prepared me for that diagnosis. I was in the prime of my life. I was working and earning good money in Iraq. I was also my family’s sole breadwinner.

The neurologist told me not to worry, and gave me drugs to manage the condition. He advised that I should not work in the bakery section because of the heat.
He also advised me to be alert, and that whenever I sensed the seizures coming; I should take a seat until the cloud passed.

I bought medication that would last six months and returned to Basra. I told my boss about my medical condition, and he understood and assigned me duties in the cold section.

The drugs help stave off the seizures. I can sense when seizures are coming … I feel like I am starting to be unconscious and dizzy. It can warn me even 10 minutes in advance, so I have to be very careful not to ignore the warning signs.

I worked in Iraq for four years, and then I returned home because of the ISIS pandemic.
I am now self-employed, but I stay with my mother because it is risky to live alone. I cannot even drive.

There was a time I had a seizure at night while traveling from Dubai and I had not taken drugs, so my mother told me it was best to stay with her, just in case. When I first told my mother about my condition, she took it hard, but she has now accepted it.

Another time, seizures came with such force that I fell and I broke my right arm. The doctors put a plate in my broken arm. That’s when I started a foundation to help others living with epilepsy. I go to churches and schools to create awareness about epilepsy.

I am not married, but, God-willing, I will tie the knot by next March. While dating, I have always told my dates about my condition. When I told my current girlfriend that I am living with epilepsy, she was shocked … she did not talk to me for  a day.

Then, after she got over her shock she told me that, as long as I was taking my medication, she was good to go.

But there was another lady who ditched me after I told her that I have epilepsy. I do not blame her, though. There are many misconceptions about epilepsy.
There is also stigma surrounding epilepsy. People say that it is witchcraft or demon-possession.

I have accepted my condition, and I am on medication to manage it and live as normal a life as possible.

Fred Kiserem, 33, was living and working in Basra when he suffered his first epileptic fit. He is back home now and endeavours to live a life as close to normal as possible.
You can find out about the Fred Kiserem foundation here: https://www.facebook.com/KiseremEpilepsyAwarenessFoundation/