Shenaz was a 19-year-old engineering student when she had her first seizure. She had to leave university since her seizures did not respond to medication. Two years later she took the very brave step to undergo temporal lobe surgery. During recuperation, Shenaz met patients from different cultures, age groups and financial backgrounds, each with a story to tell. She realized that everyone had their own problem; epilepsy just happened to be hers. This was the catalyst that was to lead to an incredible amount of volunteering work.

In 2009, Shenaz collected funds through social networking websites, which she donated to the hospital where her surgery had taken place. The fund helps cover treatment costs of patients with epilepsy who otherwise would not be able to afford it.

A Volunteer At The Indian Epilepsy Association 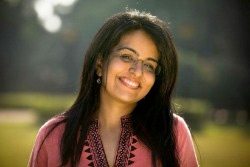 In 2010, she started volunteering at the Indian Epilepsy Association. She educates people in Mumbai on epilepsy and campaigns against the stigma attached to the disease. She also teaches members English, basic math and logic. She also interacts with Indian media to highlight the true facts about epilepsy – an invisible disease – and speaks about her life with epilepsy at seminars.

She continues to have seizures and struggles to overcome the side effects of her current medication, but she is happy.  She has learned to visualize the world her way. The following year, despite uncontrolled seizures, she turned entrepreneur. Transforming her father’s spare warehouse in Mumbai into a 15-seater rent-by-day workspace called ‘SoboConnect’. She now finances her own medical expenses. This is when she graduated, meanwhile earning a website designing certificate, despite having 60 seizures that year. She has stopped pondering the ‘why’ in life and now focuses on the ‘how’.

More recently she has started organizing exhibition sales events in Mumbai for the members of the Indian Epilepsy Association to display and sell their handmade products. This helps them financially as well as giving employment.

Currently, along with her Masters degree, she is creating a documentary on epilepsy first aid, which can be broadcast in cinemas before the start of the movie and has just begun volunteering with ADAPT (formerly the  Spastics Society of India), as an assistant special educator.

In 2013, IBE awarded her as an ‘outstanding person with epilepsy.’

Epilepsy has changed me as a person, she says, it has taught me more than any university possibly could.