My mother’s epilepsy went undetected for 24 years. It wasn’t until she had a violent seizure in front of other people that it was officially confirmed. Upon reflection, she realised that it explained a lot of things that she had been experiencing throughout her whole life.

The first time it was suspected by a medical expert was when mum was 21 years old and in labour with me. She was exhausted and kept passing out whilst she was supposed to be pushing. She also lost consciousness in the bath following my birth and didn’t wake for a whole hour. People joked that she’d had a ’lovely, long, lazy bath’. In reality, she had no recollection of the time between the moments of getting in and getting out of the bath. A nurse later asked if my mum had epilepsy, but due to having never previously suspected it, she said that she did not and they put the symptoms down to the stresses of labour. 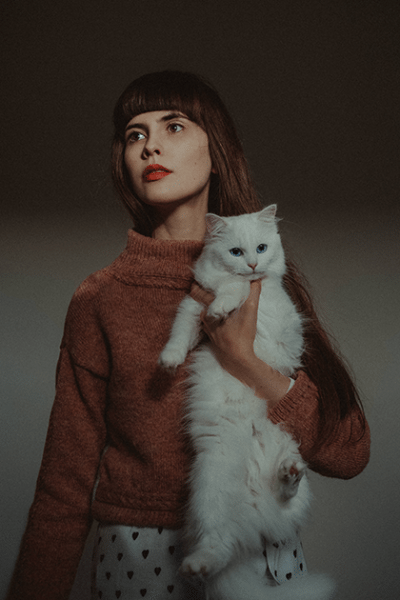 We don’t really know what the cause of mum’s epilepsy is. We suspect that she may have had it since she was born as she’s always been an unusually heavy and long sleeper and it has been said that she would often ’stare into space’, even when being spoken to. My nanan (mum’s mother) has even speculated that my mum may have had it since she before she was born, due to complications that arose whilst she was pregnant with her.

It seems that sleep (or lack of) is one of the main triggers for mum’s epilepsy. Alcohol, stress and upset seem to have triggered it on occasion too. She would suffer from a variety of epileptic symptoms, the most common being; warning auras, absences, myoclonic seizures and tonic-clonic (grand mal) seizures. It also had quite a strong effect on her mood which made for some difficult times at home. Although it took years to do so, the epilepsy is now controlled. This is achieved mainly through changes in lifestyle and with the help of medication. Mum now lives a normal life—so long as she gets ample amounts of sleep and keeps her stress levels down; then the epilepsy doesn’t affect her. If she is ever pushing her limits then she gets the warning aura, at which point she stops whatever she is doing and gets herself straight into a relaxing environment until it passes and she can resume life as normal.

Epilepsy does not define my mum. She is a woman full of love, fun, creativity and ambition. A true hard worker who bravely faced the role of single-parent in the absence of my father.

Our family is quite a tiny one; consisting of my grandparents, my mum and myself. Although our other relatives live abroad, we four are a very tight little unit. It was more like growing up with three parents rather than one. My grandparents would have me over at their house quite frequently to give mum a break and a chance to take things easy.

We all supported one another during the tough times when lifestyle and medication levels hadn’t quite been perfected and the epilepsy wasn’t as under control as it is now. Although my grandparents would come and help out during mum’s post-seizure recovery, living alone with mum meant that I often had to deal with the actual seizures alone. I never really thought much of it, it was just normality, but growing up with epilepsy must have had some effect on me. Seeing your mother in such a vulnerable state is a lot for any child to handle. Mum’s more severe, physical seizures were often quite painful, violent and graphic. Her whole body would seize up, her jaw would clench and crack and she’d develop a kind of super-human strength which could make things even more difficult. After the seizures, her whole body would be left in pain from the extreme amount of muscle tension she’d endured.

As an only child, I would often have to entertain myself. From a very young age I found various forms of arts and crafts to be a great pastime. I think I may have also used these creative activities as a form of emotional outlet, as I would (and still do) fall into a calm and meditative state whilst creating. As I got older, I gained a significant interest in visual arts—specifically illustration, graphic design and photography. To this day, alongside my professional work, I will still make a point of creating art for the sake of creating art. It is such a great way of processing emotions and feelings. I think much of who I am and what I do today has been shaped by my experiences as a child. Helping to care for my mother gave me a great deal of perspective from a young age.

I hope to one day live in a house that is big enough to accommodate my mum and my partner’s parents, so we can all look after one another. Perhaps it’s a naive idea (who knows if that’s even something they would want?!) but I really like the thought of an extended family all living together. I can’t bear the thought of sending loved ones off to care homes. Plus, I don’t think I will ever grow out of caring for my mum and her epilepsy.

Page load link
This site uses cookies to ensure that we give you the best possible experience. If you continue to use this site we will assume that you are happy with this.OK